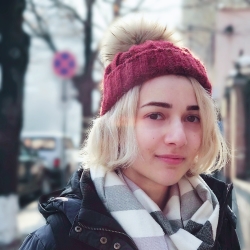 Nare Hovhannisyan is a Yerevan based researcher and translator. Currently she is studying John Locke’s philosophy and political thought and works on a project of making Locke’s ideas available in Armenian for Armenians. She earned a Bachelor of Arts at American University of Armenia in 2017. In her undergraduate thesis she studied the influence that the English Enlightenment ideas, particularly those of John Locke, had on the United States Declaration of Independence and the first volume of Armenia’s first draft constitution, The Snare of Glory. Two excerpts from her thesis are translated into Armenian and published on www.arteria.am. Also see her article Hovhannisyan, N. (2017). US Declaration of Independence and Snare of Glory: Heeding to an Early Modern Dialogue. In A. Stepanyan (ed.) U.S. Declaration of Independence-240 (Vol.4, pp. 99-121). Yerevan, Armenia: Zangak Publishing House.

Hovhannisyan’s specific interests are in the field of philosophy and political philosophy. Additional areas of interest include comparative history, ancient cultures, psychology and psychoanalysis, mythology and theology.