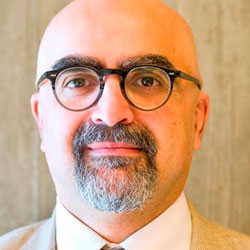 Born in Beirut (Lebanon), immigrated with his family to Canada.

Dr. Panossian holds his PhD from the London School of Economics and Political Science. His thesis won the prestigious Lord Bryce Prize for Best Dissertation in Comparative and International Politics in the UK (2001) granted by Britain’s Political Studies Association.

Panossian has taught at the London School of Economics and at the School of Oriental and African Studies (University of London) on the subjects of nationalism, ethnic conflict, post-Soviet transition/democratisation, and comparative politics.

In 2004 he assumed the position of Director of Policy, Programs and Planning at the International Centre for Human Rights and Democratic Development, a Canadian federal institution devoted to the promotion of democracy and human rights. Between 2010 and 2012 Panossian worked as an international consultant, including at UNDP in New York.

Since 2013 Dr. Razmik Panossian is Director of the Armenian Communities Department of the Calouste Gulbenkian Foundation.

Dr. Razmik Panossian is the author of The Armenians: From Kings and Priests to Merchants and Commissars (Columbia University Press/Hurst & Co., 2006). 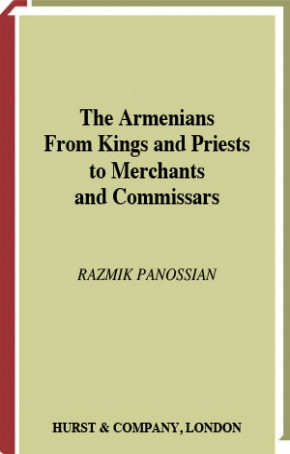 The Armenians: from Kings and Priests to Merchants and Commissars